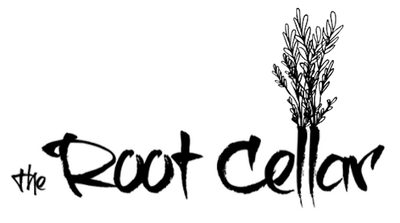 The Makings of a MakerSpace

Pictured above:  Tyler Drozdowski and Adam Hallman
The term makerspace is both self-explanatory and hard to articulate. At its core, a makerspace is a place for informal and self-directed learning that provides a workspace for students to tinker, try out solutions and work together to learn from each other. For RDC students Tyler Drozdowski, Adam Hallman, and Chris Rolida, creating a makerspace at the College was a great way to formalize something they were already trying to do.
As students in Red Deer College’s Engineering Technology programs, Tyler, Adam, and Chris were spending significant amounts of time working on a project to build robot kits for RDC’s upcoming summer robot camps, Techy & Robotics and RoboGirls. They were finding it difficult to find a place that was available when they needed it to be. When one of their instructors contacted them about creating a makerspace at RDC, they immediately saw the benefit.
“We needed a place where we could go no matter how early or late and have access to tools and equipment like 3D printers. We also wanted a spot where we could work with different people to get their ideas and input,” explains Tyler. Adam agrees with that sentiment, “Having a physical space is the most important part. Equipment is really nice to have but the requirement is a place we can work together.”
For their instructor Kevin Frank, RDC’s makerspace provides a huge benefit to students as well as the College. “By being immersed in an atmosphere where students are surrounded by other people working on projects, they will develop their own ideas and start to experiment.” For Kevin, the benefits don’t stop there. “The goal is to have students of all disciplines interacting, working together and learning about each other’s skills and abilities. Also, by opening the makerspace to the community, outside resources and talent will be interacting with our students. The College will grow yet another way to serve as a hub for innovation and collaboration in our region.”
About RDC: Building on a strong 50 year history, RDC is proud to serve our learners and communities. Red Deer College offers more than 100 different programs (including full degrees, certificates, diplomas and skilled trades programs) to 7,000 full and part-time credit students and more than 18,000 learners in the School of Continuing Education. Named by Alberta Venture magazine as one of Alberta’s most innovative organizations for the Centre for Innovation in Manufacturing, RDC is a key location for applied and industry-led research. Our main campus is strategically situated on 290 acres of Alberta’s natural landscape along Queen Elizabeth II Highway. We have also expanded our learning and performing arts space into the heart of downtown Red Deer through our Welikoklad Event Centre and the Donald School of Business.
For more information on RDC, please visit: www.rdc.ab.ca | twitter | facebook | instagram
For additional information contact:
Kevin Frank
Instructor
RDC
403.342.3583
Tyler Drozdowski
Engineering Technology Student
RDC
1.780.216.1000
Jeff Maser
Marketing & Communications Coordinator
RDC
403.342.3558

Red Deer is a city of innovators, creators, and problem solvers. A true city of makers and home to the newest Maker Faire in Canada.

Maker Faire is a family friendly festival of invention, creativity, resourcefulness, and a celebration of the Maker movement.

It’s one fun filled day exploring all the cool projects that are often hidden away in basements, garages, barns and makerspaces. This event teases out all that creativity and showcases the passion of the people who build marvelous things. Expect to leave inspired and amazed.

Maker Faire is the Greatest Show (and Tell) on Earth - a family-friendly showcase of invention, creativity and resourcefulness, and a celebration of the Maker Movement. It’s a place where people show what they are making, and share what they are learning.

Makers range from tech enthusiasts to crafters to homesteaders to scientists to garage tinkerers. They are of all ages and backgrounds. The aim of Maker Faire is to entertain, inform, connect and grow this community.

Maker Faire is supported by Make: magazine and Maker Media. 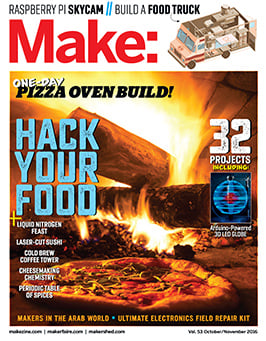 Make: is the first magazine devoted entirely to Do-It-Yourself (DIY) technology projects.
Make: unites, inspires, informs, and entertains a growing community of resourceful people who undertake amazing projects in their backyards, basements, and garages.
Make: celebrates your right to tweak, hack, and bend any technology to your will.

Besides the magazine and the faire, Make: and Maker Media is:

TechShop® is a vibrant, creative community that provides access to tools, software and space. You can make virtually anything at TechShop®. Come and build your dreams!

TechShop® is a playground for creativity. Part fabrication and prototyping studio, part hackerspace and part learning center, TechShop® provides access to over $1 million worth of professional equipment and software. It offers comprehensive instruction and expert staff to ensure you have a safe, meaningful and rewarding experience. Most importantly, at TechShop® you can explore the world of making in a collaborative and creative environment.

Each of the facilities includes laser cutters, plastics and electronics labs, a machine shop, a wood shop, a metal working shop, a textiles department, welding stations and a waterjet cutter. Members have open access to design software, featuring the entire Autodesk Design Suite. Huge project areas with large work tables are available for completing projects and collaborating with others. Free coffee and fresh popcorn are always available for your enjoyment. TechShop also offers a number of experience-driven corporate events developed specifically to bring teams together and engage them in the act of making.

It's simple. Anyone may attend classes. For a monthly or annual fee, members can reserve and use TechShop's tools upon successful completion of equipment-specific Safety and Basic Use (SBU) classes. Talented staff members are available full time to help develop ideas and improve technical skills.

You really have to see it to believe it. Stop by for a tour with one of our Dream Consultants and have all your questions answered. Whatever your background or skill sets, come in and prepare to be inspired!